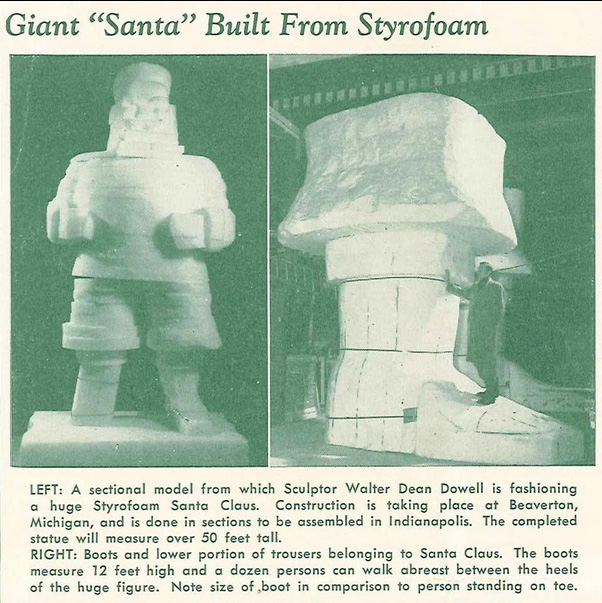 We’ve had some interesting projects in the past 67 years, but perhaps one of the most unusual was a giant Santa Claus that was featured in the main concourse at Indianapolis’ Union Station in 1949.

I had a wonderful conversation recently when I asked my uncle Bin Robinson about this project. He remembered it as an exciting part of his childhood growing up in the family business. In fact, I learned so much during our talk that I think one of our future blogs will be about the unique history of our company and of this industry. But I digress.

The giant Santa was fabricated out of planks of Styrofoam and built in the Robinson Industries plant. It stood 54 feet tall and weighed over 15,000 pounds. That’s a lot of Ho, Ho, Ho. You may be asking yourself, “why wood you” want a Santa that large? This was long before social media and people did things like this to promote their businesses. It was sponsored by the Indianapolis Chamber of Commerce and the Indianapolis Union Belt Railway and was expected to draw thousands to the station. Imagine walking into the station and seeing a 54-foot-tall Santa!

Christmas was always a great time of year when I was a child. My grandfather, Fred Robinson, loved to fly and he had his own helicopter. He would use the helicopter to fly Santa in for the Christmas parade in Gladwin, Michigan. That’s a long way from the North Pole and we all thought he was the best Grandpa imaginable.

We love the Christmas season and still celebrate as a family. However you celebrate, we hope you can take a break from your schedules, rest, spend time with those you love and come back in the New Year refreshed and ready for 2015.

That’s our plan. Watch for us in January.

To see more photos of the giant Santa, visit our Facebook page. 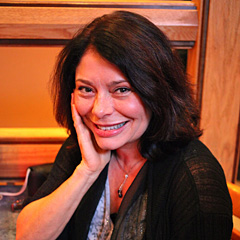 The granddaughter of company founders Fred and Ardis Robinson, Ronda Robinson is committed to growing the family business. An employee since 1981, Ronda began her career at Robinson Industries in sales and now works as the company’s marketing manager. She holds a bachelor’s degree in elementary education from Central Michigan University and a master’s degree in labor and industrial relations from the University of Illinois at Urbana-Champaign.